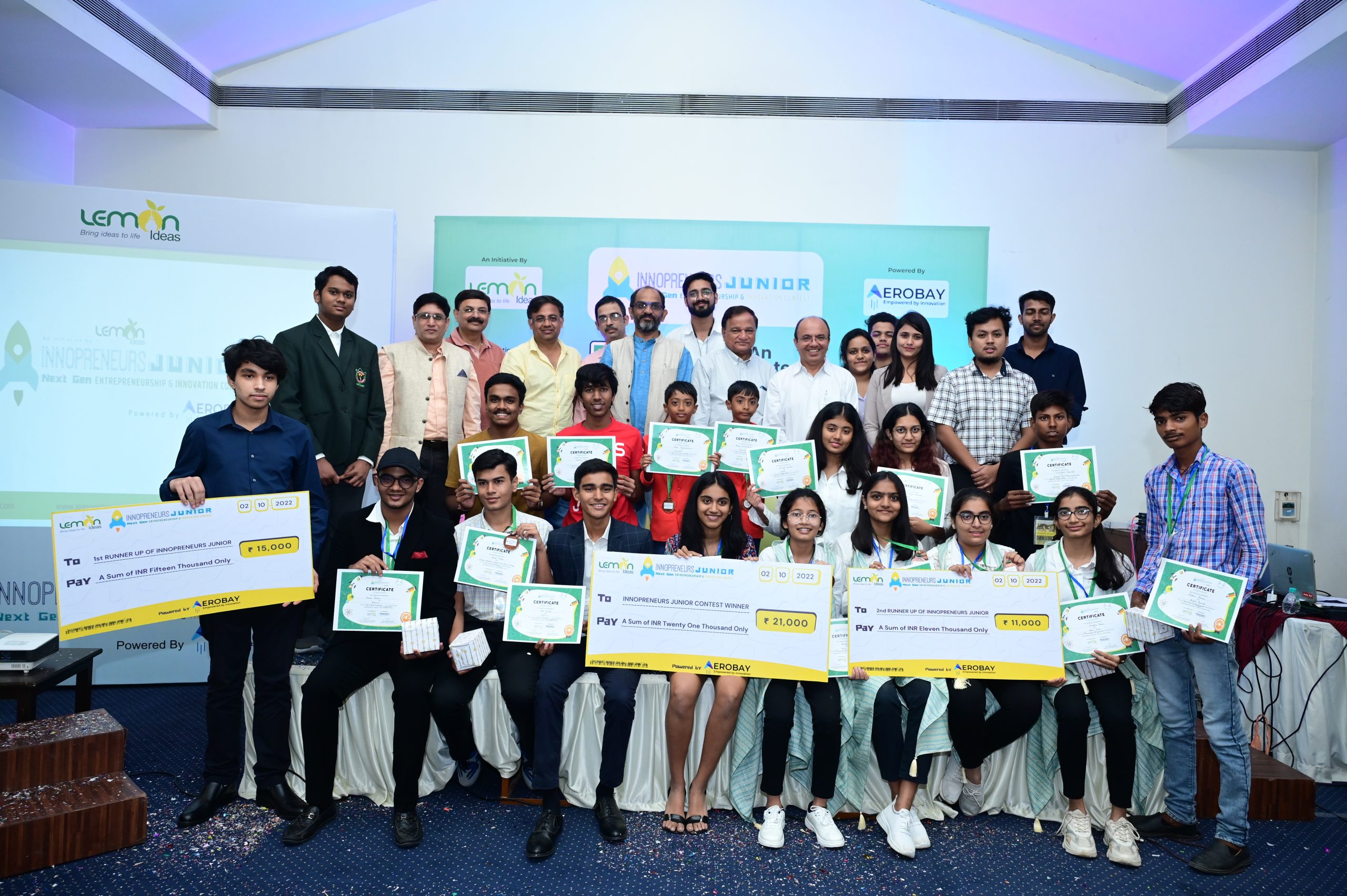 The grand finale of a unique program Innopreneurs juniors was organized on 2nd October at Chitnavis center by Nagpur based start-up enabler Lemon Ideas and supported by Aerobay.  The event received an overwhelming response from school students, teachers and startup enthusiasts across India. It was the first of its kind start-up contest for teens and kids.

The winner of the contest was Falak Arora aged 14 yrs from Zedberrie from Neerja Modi School, Jaipur while Ishaan Kaila aged 14 yrs from Shri Ram School, Gurgoan was first runner up. The second runner up team was a team from CPS Nagpur class X including Anushree Deshpande; Diksha Gidwani; Sakshi Dahikar; Krishna Taori.

Special appreciation for the youngest innovator was given to 8 years old Anay Ramakrishnan; Abeer Ramakrishna from Centre Point international wants to build an Immvers-tech platform for digital avatars of humans across eras using GAN technology.

1st Runner Up was Comedy Majors. Ishaan Kaila from Shri Ram School, Gurgaon has built an app for promoting Humour. This app has over 40K downloads for family friendly Humor content.

2nd Runner Up for Innopreneurs Junior was the team from CPS Nagpur including Anushree Deshpande; Diksha Gidwani; Sakshi Dahikar; Krishna Taori is building an open platform for classical dance performers to showcase their talent to a mass audience.

Dilip Kamdar from Naivedhyam Hospitality encouraged/said “I am thrilled to see the innovative ideas by these young minds and looking at them, I am sure that India’s future is bright. He also spoke about competition and that we should go to C2C (Competition to Creativity)”.

The jury members for the finale included Siddharth Saraf, Director, FIRE Arcor Infrastructure Private Limited, Shruti Sharma,  Founder at Siddhayu Healthcare (Baidyanath group and Nitin Katiyar, Founder; The Achievers School (Kratin Group), Founder of Lemon Ideas, Deepak Menaria mentioned that this program was organized in line with the newly launched National Innovation and Entrepreneurship Promotion Policy (NIEPP) by the Government of India. The contest included training & mentoring elements as well. Lt Col Saurabh Shah (COO – Lemon Ideas) announced that this would be an annual feature and open for students from across India to join and take benefit. Mukesh Ashar was the host for the event while team members Amartya, Ashwin, Dikki, Krishnkant and others worked hard for the success of the event, Prominently present on the occasion were Poonam Menaria (Counsellor), Pramod Pampatwar (Director – Technical, JIT – Nagpur).

The Junior contest was conceptualised by Lemon Ideas and powered by Aerobay (Aviotron Aerospace) – A Lemon mentored start-up providing experiential STEAM education for school children. The finale event is supported by The Achievers school and an exclusive training bootcamp is organized by Lemon School of Entrepreneurship for the benefit of the participants.

Lemon Ideas has been pioneering in the start-up ecosystem to foster innovations and nurture Job creators for the last 9 years.  It has touched more than 7000 entrepreneurs through various initiatives including contests, cohorts, community & consulting. One of the flagship programs is startup contest -Innopreneurs (www.innopreneurs.in)  which is among the top results on google search. Previous 7 editions of Innopreneurs attracted 10K participants from India and 15 more countries to join for recognition, training, mentoring, collaboration and funding support. 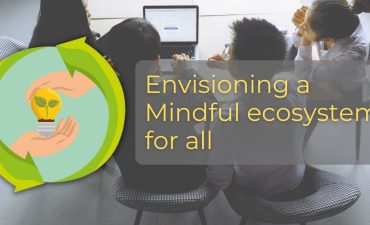 Envisioning a mindful ecosystem for all- take this pledge with us & intensify your life 4 years ago, Avinash almost gave up on his ‘dream’.
View Post