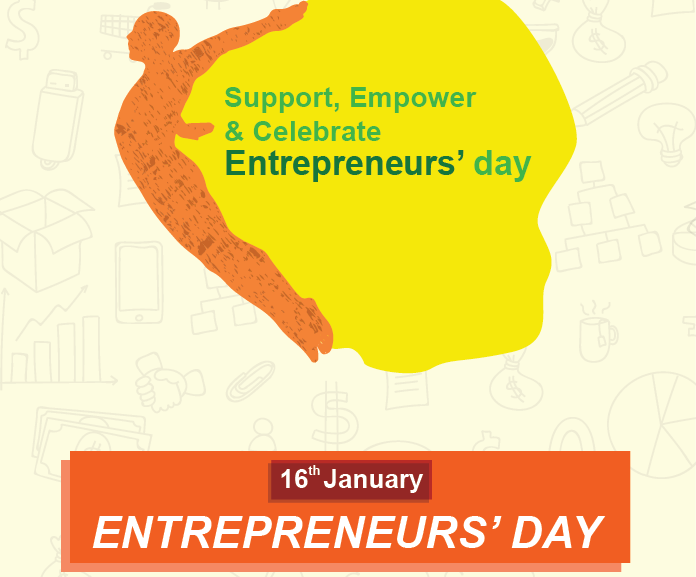 On 16th Jan 2016, Prime Minister Mr. Narendra Modi announced a bunch of benefits and schemes to promote start-up ecosystem in India under the event called ‘Startup India Action Plan Launch’. This was indeed a historic day for Indian Entrepreneurship and Startups.

It was a highly appreciative movement for an entrepreneur who wishes to thrive yet sustain in the Indian soil. With a sense of appreciation and gratitude, We request Government of India to declare 16th January as “National Entrepreneurship Day”.

An entrepreneur is a person who exercises initiative by organizing a venture to take benefit of an opportunity and, as the decision maker, decides what, how, and how much of a good or service will be produced. Entrepreneurs are not necessarily motivated by profit but regard it as a standard for measuring achievement or success.

Every year, August 21 is observed as World Entrepreneurs’ Day. WED is the day of founders, managers, producers, contractors, industrialists, innovators, administrators, businessmen, designers and producers. The purpose is to create awareness for entrepreneurship, innovation, and leadership throughout the world. AIBA, the Alliance of International Business Associations invites everyone to organize happenings around the world to promote WED. World Entrepreneurs Day is a great opportunity to push philanthropic, social and ethical business practices via conferences, awards, and initiatives.

The USA celebrates Entrepreneurship Day on 3rd Tuesday in November and was started in 2010 by David Hauser and Siamak Taghaddos, co-founders of Grasshopper U.S.A to appreciate the work of new ventures and entrepreneurs by awarding them finance and other liabilities. On this day, entrepreneurs are encouraged to thank mentors, get inspired and spread the word about how to achieve success in business.

Government of India is also trying to enhance entrepreneurship culture by providing several relaxations such as no tax on capital investments in regulated funds for startups, Rs 500 crore for SC/ST and women entrepreneurs under the Startup India scheme and Long-term capital gains for unlisted firms lowered from three to two years. It has also announced the setting up of a fund to raise Rs 2,500 crore annually for four years to finance startups.
There have been amendment in the Companies Act, 2013 to ensure better startup ecosystem and tackle the registrations in a hassle-free manner.

India has paved its way to secure the third position in the world in terms of the number of startups, 4200+ with a growth of 40%, by the end of 2015. The startup ecosystem has generated employment for around 80,000 to 85,000 people in total.

We appeal all Indians to celebrate 16th Jan as National Entrepreneurship Day where we could thank the entrepreneurs and appreciate their hard-work towards nation-building, who strive to make the world a far better place to live.

We just wrapped up with the 6th Editon of Innopreneurs and here is the list of awardees, special recognitions and special mentions. Winner: Anbarasan V.
View Post 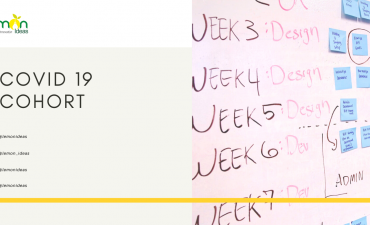 Lemon Ideas is working on many verticals. Lemon School and Innopreneurs are some key ventures of it. As part of the compliance for the project.
View Post