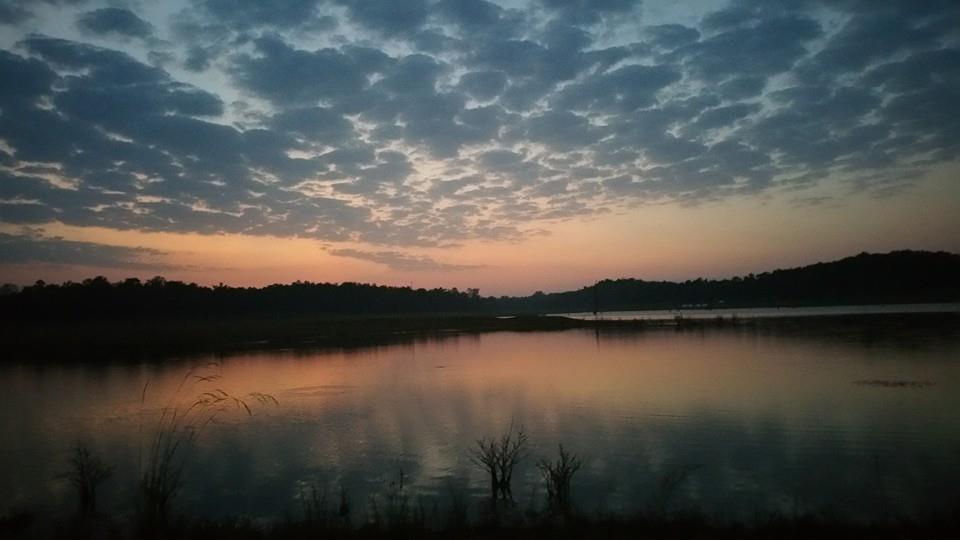 “He completed four voyages across the Atlantic ocean, His voyages, and his efforts to establish permanent settlements on the island of Hispaniola, initiated the Spanish colonization of the New World. Though Columbus may not have been the first European explorer to reach the Americas his voyages had,  an enormous impact in the historical development of the modern Western world.”

You all might be thinking as to why I am dictating history?! This is because on Saturday Lemon Entrepreneurs (WE) embarked upon a journey to the unknown. On Friday evening before leaving for home, we were told to pick chits for ourselves and sit back with out opening them!! The set of instructions was given to us by Deepak sir that tomorrow we will be leaving for someplace, we have to observe the surrounding and talk to the people out there and find an opportunity for that place. At first I thought it would be someplace in the city, crowded and economic. but when I opened the chit it was… Navegaon Bandh!!!!! the wildlife sanctuary!! other destinations that came into light were Nagzira, Karmazari and Sevagram (not a sanctuary). In my team I has Aksh and Quais, The Nagzira team was Amol, Narendra and Kishore, the six of us decided to go together as Navegaon and Nagzira we parallely close.

Quais, Amol, Narendra, Kishore, Aksh and I at Navegaon.
Gaurav, Preetam and Keshav found their way to Karmazari, Pench. And Akash and Sankalp planned out for Sevagram Wardha.!! Next day early morning we left for out destinations thinking about the places. After reaching we halted at the Bandh for sometime and then set out to complete the next objective of discovering an unknown place. Each and every one of the teams was able to discover unknown places at our given destinations.

Gaurav, Keshav and Preetam at Mansar excavation.
The Pench team was able to discover around 99 villages in a Sevonar District that live entirely on tourism and pottery. One of the villages known as “Faasdar” is a village from where a large part of our Country’s clay arts are made.

Mogli Festival
The villagers were also celebrating The Mogli Festival , which was to promote tourism in the villages and around. It is said that the write Rudyard Kipling wrote The Jungle Book in the very jungles of Pench. The Tribal Minister of the area came to inaugurate the week long festival.

Thcheckling Monastery
While 20 kms away from Navegaon, we discovered a Tibet Refugee Camp which was established in 1972 (bet you didn’t know that) after China occupied Tibet and its residents had to flee away from Chinese Communism in 1969. We met a family of 8 people living here since ’72 and came to know that they cultivate 9 months of the year and sell sweater in the winter season to make their living. An amazing moment came when we were able to observe their rituals in their monastery. It was a ‘Gurukul’ for the young ones to learn their culture. We met the heads of the hostel and came to know that whenever a person falls ill, the whole village prays for him/her. They even have their own water user’s association!!! hehe progress right!!

Sevagram Aashram
The dynamic duo of Sankalp and Aakash discovered a whole line of the statues of Gautam Buddha. The place is known as ‘Shanti stupa’. As akash told us, it felt like had they stayed there for another evening Aakash would have loved to  live there for a long time. hehe!!! Enjoyed the food. Learnt the history and even felt connected to it.

Coca Lake
We were able to reach Nagzira but Couldn’t go in for a safari as it was almost dark and it was 2 hours drive in the sanctuary. But we were lucky enough to see some bull fights ( and I mean literally). We  inquired about resorts and hotels around but they were all in the interior of the sanctuary. Overall we all had a good time together. We discovered a place that we never knew about and we really wanted to stay there but responsibility calls. The last photo is that of the Coca lake in Pench where our team gathered for bird watching the evening. This particular activity was very informative and cherishing, we found out about places unknown and had a great time together as a team. I am now even more excited about what lies ahead now.
Persis Ratanparj
Lemon Blogger… 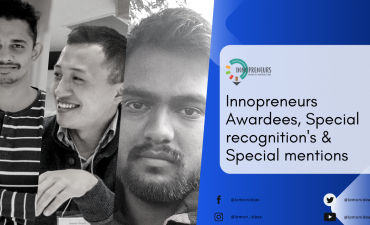 We just wrapped up with the 6th Editon of Innopreneurs and here is the list of awardees, special recognitions and special mentions. Winner: Anbarasan V.
View Post