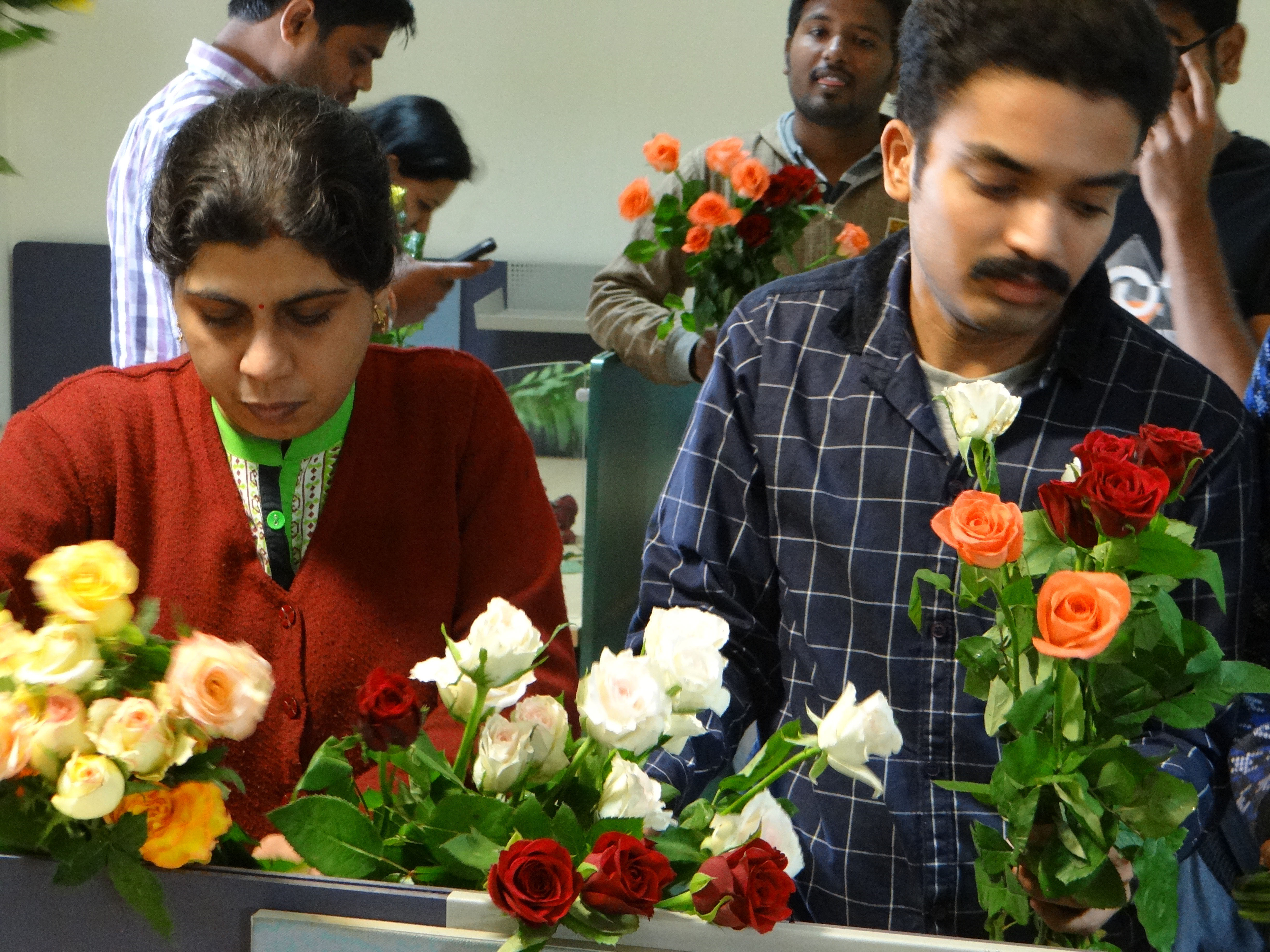 On one fine morning of Christmas week, LSE 2016 batch’s Real life immersion reviews were going on. After this activity, something unusual happened outside the lemon play field that shocked the entire LEMON cohort. There were two buckets full of beautiful Roses with several colors and that too so fresh as if they were bought from the nearby garden.

It is not new for us to see such surprises, but every surprise in lemon campus always comes with some twist. On One hand, we were thinking of decorating the campus for the Christmas celebration, thus grabbing the roses as much as we can, while on the other hand, there was a major twist in the activity. Just 5 words were spoken, which left us face palm. “What?????” those 5 words were “You had to sell them.” Now, what?

As we had done the selling of Lemons we were not so much scared to sell the roses but, from the previous learning’s each one of us was trying to put some logic and innovation to sell these roses. This was also the 1st change that I personally feel I had in me. I am sure this was the condition with other members too… Now everyone was trying to make different strategies to sell those roses. Shubham, Arbob, and Manu came together with a unique idea of conveying secret messages and greetings to the concerned people through these roses. They pitched their idea on Lemon floor and they got Awesome responses. As this time we were free to acquire Lemon building, all of us started pitching our Ideas on Lemon floor itself. Shubham, Manu and Arbob commonly gave one insight that ‘It was a totally new yet different experience to sell the roses to show one’s concern for their colleagues.’ Akhilesh and Sai Pawan both approached as a decoration for Christmas Celebration. Though this was a simple concept no one thought of doing this. Thus these two people made an approach to Location Guru and Kratin (the Corporate Companies) for the decoration. Maitri and Shivam sold roses, by making Bouquets for the concerned people on the lemon floor. Maitri was happy with earnings and demands, she was getting for more roses. Shivam and I together took the charge of delivering the bouquet to the concerned people. We both delivered bouquets to their destinations and trust me ‘it feels really nice to see the smile on someone’s face when he gets surprise gifts from special ones without any expectations. My camera was just feeling proud to click those happy faces.

From this activity, I have learned a beautiful lesson-

“The Smile is much more important than the money we earn.”